This post may contain affiliate links, to learn more about them, check out our Disclosure. 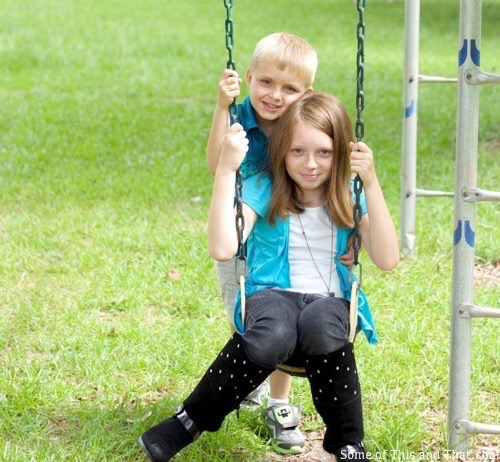 If you are a Mother, chances are you remember that special day when the test results gave you a positive result. It is something that you will always remember, where you were, what you were feeling, the anticipation of waiting. It still amazes me that I have two small people who call me Mom. They are each completely different, and each time I learned I was pregnant was different as well.

With The Girl, who is now 10, I knew right away that I was pregnant. I didn’t have to wait for a test, I just knew it. At the time Hubby and I had been trying with no luck, so I decided to invest in an ovulation test kit. At the time, these kits were fairly new, but I had hopes that they would help us achieve our goal of being parents. One morning I woke up and felt “crampy”, you know the feeling, right before your period strikes and you body wages war against you. So, I got my test kit out and was ready to get started. I wasn’t suppose to test until I had officially started, so I headed off to work.

At the time, I was in the Army, which meant early mornings and mandatory PT (physical training). We went on a Company run that morning, and even though I am not the best runner in the world (ok, I suck at it, and I hate it), something just felt off. I remember feeling like I was going to vomit and then it hit me…. I think I am pregnant! 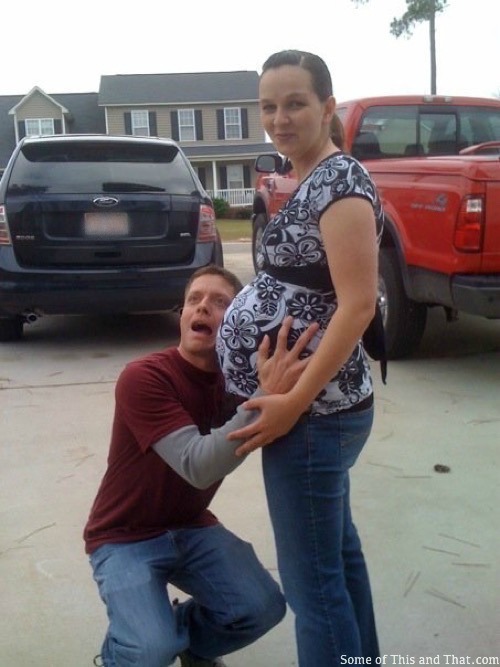 After PT, I went to the post gas station and purchased a pregnancy test then immediately went back to my office.  Those few minutes of waiting were the longest minutes of my life. When I looked down and seen that plus sign, I was so excited! I wasn’t ready to tell my boss or anyone else yet, at least not until I had a blood test to confirm it. My clinic allowed walk ins for pregnancy tests, so I left right away to get verification. After I received my results I couldn’t wait any longer, I called up Hubby and told him the good news. I wish that I had came up with a fun way of telling him, but there was no way I could hold on to this news so I blurted it out to him over the phone. 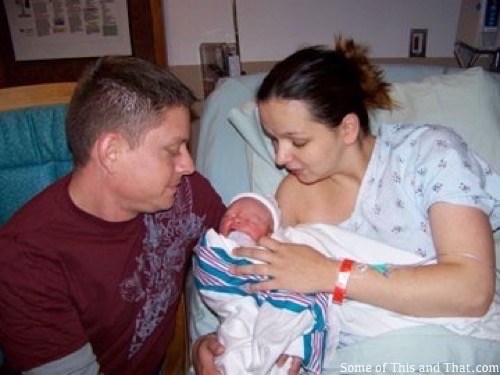 With The Boy, who is now 5, I had no clue I was pregnant! I actually didn’t even find out until I was nearly 13 weeks pregnant. I had no symptoms and my monthly cycle wasn’t something I could really rely on because it was not regular. So, when I received the call from the Doctor telling me the news, I nearly collapsed! I think Hubby had a feeling though, because he did not seem surprised at all when I told him the good news. This time, to tell our family we decided to surprise them.

Both my family, and Hubbys family live in other states, so I had an idea. Since Easter was right around the corner, we would sign our Easter cards as Jamie, Jesse, Dakota & ?. Needless to say, once family members received their cards, the phone calls started pouring in. It wasn’t anything elaborate, but it was special, and that is all that mattered.

Do you remember the moment you found out you were pregnant? How did you tell your friends and family?

Check out this short video from Clearblue where others share their pregnancy announcements!

I was selected for this opportunity as a member of Clever Girls and the content and opinions expressed here are all my own.